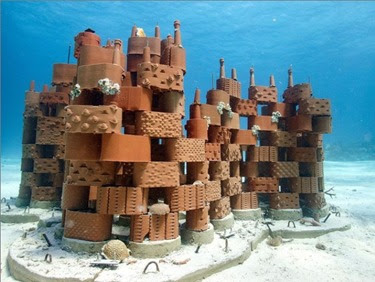 Colombia and San Andrés: world leaders in innovation and training for the rehabilitation of coral reefs

It is well known that as a consequence of many human activities coral reefs around the world are in danger, with increasingly serious environmental and social impacts. To contribute to the conservation of the ecosystem services that reefs provide to marine life and marine-coastal communities, the project Living Coasts: A New System of Artificial Reefs for Coastal Protection and Coral Reef Rehabilitation is generating innovative solutions for the restoration of coral reefs in the archipelago of San Andrés, Providencia, and Santa Catalina.

From September 10th to 20th, 2021, the installation of a pilot artificial reef was undertaken on the island of San Andrés, accompanied by academic and technical workshops to share and integrate the knowledge of the international and transdisciplinary team. Led by RRREEFS and Corales de Paz -of Switzerland and Colombia respectively- and with the endorsement and support of the Ministry of Environment and Sustainable Development of Colombia, Coralina, Conservation International Colombia, the National Navy of Colombia, Holcim Colombia and CEMarin, this project brings together the best of applied science in nature-based solutions.

The aforementioned artificial reef is the first of its kind in the entire world. Developed by RRREEFS, eco-designed and self-sustaining, the structure seeks to recreate the lost three-dimensional framework of a damaged reef. This will test the stability of underwater structures, with the expectation that they will facilitate the settlement of coral larvae and increase the survival rates of coral recruits. Furthermore, the design of the structure is customized according to the local coral regime and the wave and erosion conditions of the site to be intervened. 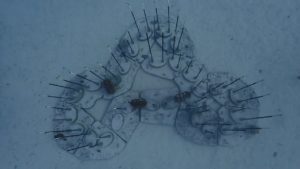 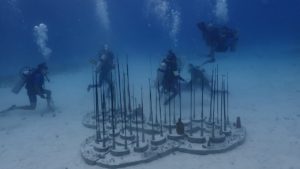 The Director of Corales de Paz, Dr Phanor Montoya-Maya, highlights that beyond the technological innovation of the structures, the project trained a new cohort of 12 coral gardeners -or Reef-Repair Divers- from various countries, who will support the implementation of this type of project in other parts of the world. This contributes to the positioning of San Andrés and Colombia as world leaders in professional training in this area. Additionally, through scientific-institutional cooperation, the project supports local processes by offering continuity and validation to the existing projects of citizen science and scientific tourism undertaken in the archipelago.

Dr Juan David Osorio-Cano, Professor at the National University of Colombia – Caribbean site and a CEMarin researcher, adds that following the successful installation of the prototype, now begins the stage of monitoring and evaluating the biological and physical impacts of the structure. For example, the fixation of the species that colonize it, and the possible relationships with changes in the coastline and the hydrodynamic conditions of waves and swells, among others. In the long term, all of the above will contribute to coastal protection, hugely important for the Raizal communities of the archipelago.

For his part, Dr Andrés Osorio, CEMarin Executive Director and a researcher on the project, highlights that for CEMarin this project aligns with the corporation’s priorities of climate adaptation based on the restoration of ecosystems and the development of models of ecosystem services, with tangible benefits for both the ecosystems and the communities that CEMarin serves. Corales de Paz emphasizes the key role of CEMarin’s specialized researchers regarding the validation and investigation of the technical aspects and operation of the structure to maximize its future benefits.